Plant-based food has come a long way in the last ten years.  If our 2011 selves had been told that in the future, the supermarkets would be fighting over themselves to stock the latest and greatest non-meat products to satisfy a booming market, we would have been sceptical, but here we are.  Now market forces are driving plant-based food development, new and exciting products are being announced almost on a daily basis.  So what are the top plant-based food trends for 2021?

According to Forbes, there is a big trend for plant-based finger foods, which are “curated onto a board with an aesthetic presentation”.  This is the modern equivalent of a plate of salami and other cured meats, cheeses, bread and crackers, which we might present to guests at a dinner party.  They point out, however, that “this is not your mama’s chopped broccoli and cucumber party platter”.  When it comes to what to expect on a plant-based grazing board, the sky is the limit.  You might include sun-dried tomatoes, vegan sausage rolls, cashew cheese, other plant-based cheeses, pistachios, figs, pomegranate, humous, pretzels, and fresh fruit.  If you are keen to know more, author Kate Kasbee has written a book entitled “Vegan Boards: 50 Gorgeous Plant-Based Snack, Meal, and Dessert Boards for All Occasions”. 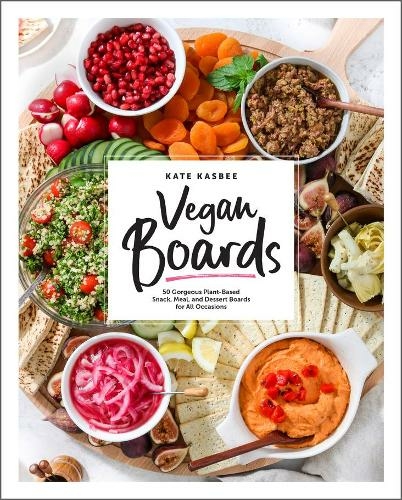 Die-hard pescatarians who have watched the new hard-hitting Netflix documentary ‘Seaspiracy’ may now be questioning their food choices.  The movie outlines the impact of the commercial fishing industry on our seas and oceans.  Thankfully, several companies have been working behind the scenes to develop new plant-based seafood alternatives.  The progress being made in the creation of genuine alternatives to meats that replicate the texture and flavour of the real thing is transformative.  UK supermarkets now have a range of fish alternatives, including plant-based tuna, battered fish fillets, shrimps, fishcakes, and even scampi. 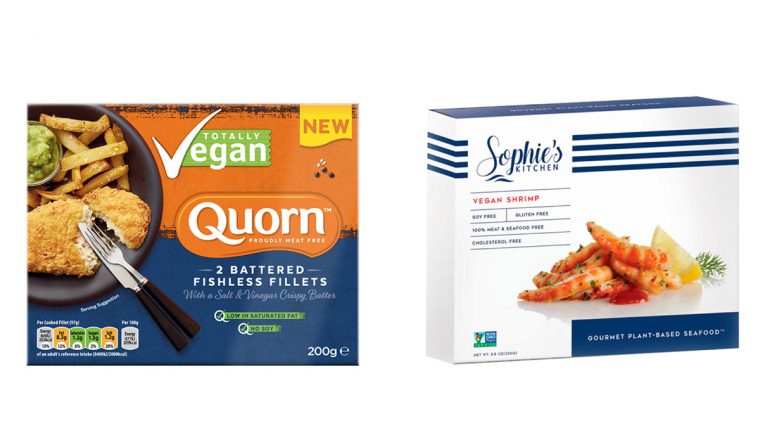 Many people making the transition from meat and dairy find it hard to leave behind certain foods such as cheese and eggs.  After all, for many of us, eggs were a mainstay of our diet as children, whether in the form of eggs and soldiers, omelettes, and egg mayo sandwiches.  Vegan egg replacements have now moved into a new dimension.  In some countries, food scientists have even developed plant-based eggs which look and feel like the real thing.  A product from a new Singaporean start-up, OnlyEg, which won’t be available until next year, claims to be a near-perfect replication of a chicken egg.  Until then, there are plenty of excellent alternatives including, Crackd (the no egg egg), Bonsan’s organic breakfast scramble, Organ’s vegan easy egg, and Terra Vegane’s Egg-Free Omelette Mix, to name but a few. 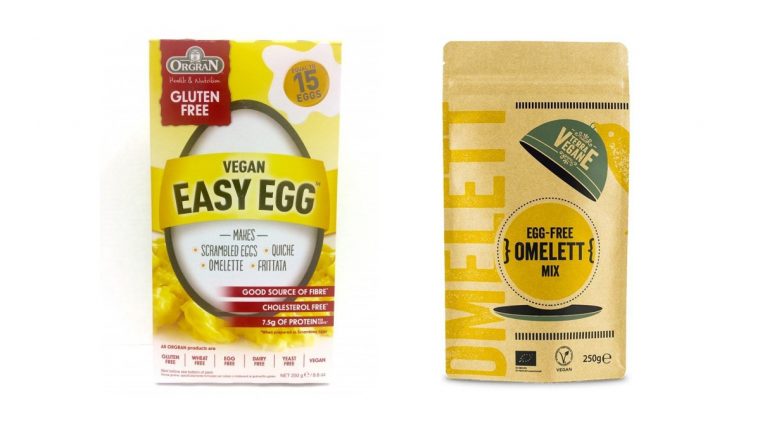 One of the threads linking most vegan or plant-based food trends is that they tend to be replacements for meat, dairy, and eggs, in one form or another.  Some may criticise this in the belief that those embracing a plant-based diet should be eating only whole foods.  While this is certainly an optimal way to eat, in reality, the only way by which the world will relinquish its dependence on animal agriculture and the impact this has on the environment is to offer alternatives that will entice and keep people away from choosing animal-derived products.  For this reason, we expect to see thousands of new and exciting plant-based food and drink products being developed each year.  Watch this space.

Vegan Creamy Spinach Pasta with Vegan Chicken This vegan creamy spinach pasta dish is crazy easy to make, filling and great for leftovers.  Meaning, you can quickly make this dish on a stovetop without the need for having the oven on for hours and hours.  Cheap and easy, that's the style we love!
Come On Men, It’s Time For Your MOT! Between the 13th and the 19th of June 2022, those behind Men’s Health Week are challenging men to be at the top of their game, physically and mentally. Using the hashtag #manmot, the Men’s Health Forum, a charity based in the UK, is trying to encourage more men to prioritise their health and to make time for their own MOT.
Vegan Masala Protein Pasta There’s a lot of things we love about this Indian-style masala pasta. It’s an easy recipe so that you can add lots of different veggies you might already have in the fridge. It’s filling and satisfying; a great combination!
Top 10 Vegan Macaroni Recipes Here's our top 10 vegan macaroni recipes that'll keep your taste buds guessing and your friends coming back for more.

Want more great news & offers from Wellside? Sign up to our newsletter

Signup to our newsletter

If you’d like to receive email updates on products, offers and competitions please sign up with your email below.

PS Don’t worry, we won’t give your email address to anyone else and we’ll only send interesting stuff and great offers!