With the predominance of COVID-19 in the media, it can often seem as though little else is happening in the world, but when it comes to vegan news, this is far from the truth.  Here is our vegan Winter news roundup for 2021.

Veganuary was another enormous success

Veganuary has been a resounding success again, with nearly 600,000 people signing up (far more will have taken part but did not register) across 209 countries; this is up from around 400,000 in 2020.  According to the official Veganuary ‘end of campaign report’ for 2021, a whopping 566 new vegan products were launched in readiness for January this year, 259 new vegan menus were created by chain-restaurants, and 57 major international corporations took part in the campaign.  Their analysis also shows that the top five countries with the biggest interest in Veganuary were the UK, US, India, Germany, and Argentina in rank order.  If Veganuary carries on at this rate, it won’t be long until its participants reach into the millions. With the demand for plant-based foods on a sharp rise, the range of meat-free alternative foods has never been more exciting.  Supermarkets in the UK are now stocking Beyond Burger products, which has been specially engineered to (in the word’s of the brand), look, cook, and satisfy like real beef.  As such, the product now offers a viable gateway for those who want to reduce or eliminate their meat intake.

The latest news is that McDonald’s has just signed a three-year contract with Beyond Burger to source its products, clearly spotting the growing demand for vegan burgers.  Yum! Brands, the business behind KFC, Pizza Hut, and Taco Bell, with over 50,000 outlets worldwide, are also using Beyond Burger’s products.   The news that realistic plant-based meat is being introduced to the global fast food sector, which feeds millions every day, is truly significant. 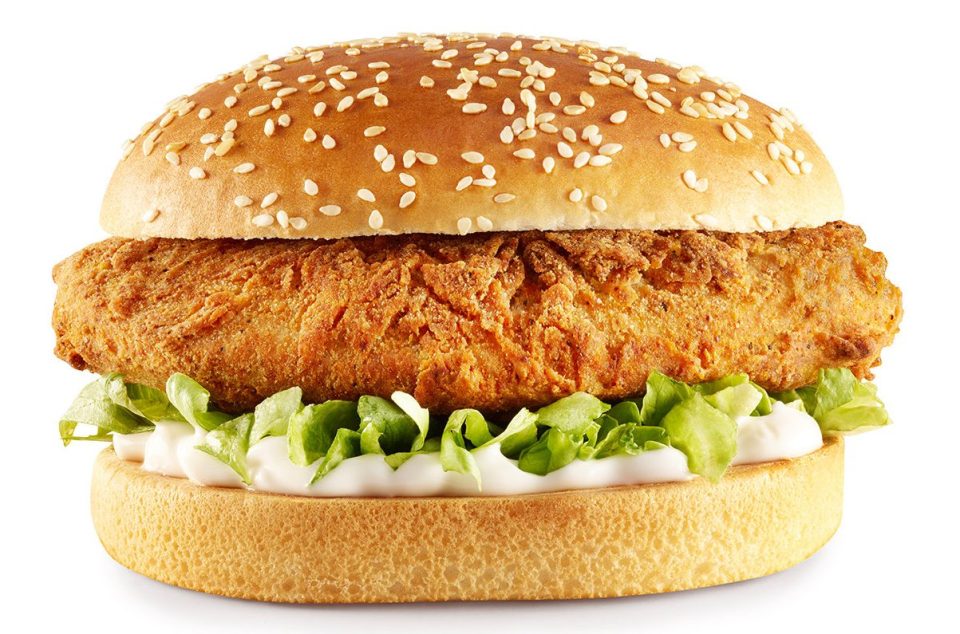 Bacon sarnies are back on the menu for vegans…Kim says so!

So called ‘hyper-realistic’ vegan ‘meats’ are all the rage at the moment.  ‘THIS’ is one such brand, which makes bacon and chicken alternatives that replicate the look and feel of the real deal.  This is a welcome development for many who have embraced veganism but miss their Sunday bacon sandwich and HP sauce (or tomato sauce, of course).  So popular is vegan bacon, Kim Kardashian herself recently posted on Instagram, “Best breakfast!…Someone recommended this veggie vegan bacon to me, and OMG, it is so good!”  The impact of such a high profile personality highlighting the virtues of plant-based bacon cannot be overestimated.

2021 will undoubtedly see a boom in positive plant-based/vegan news, even more so than during 2020.  With more celebrities embracing this way of living and massive investment in the development of palatable and exciting alternatives to meat and dairy-based products, making the switch to a plant-based diet has never been easier.  Indeed, our own range of high-protein vegan pastas are a perfect accompaniment to the range of new plant-based meats now available.  It is now possible to have vegan pasta carbonara and spaghetti bolognese, which look, taste, and have a similar mouth-feel as those made with animal-derived ingredients, but without the environmental, ethical, or health impacts.

Vegan Creamy Spinach Pasta with Vegan Chicken This vegan creamy spinach pasta dish is crazy easy to make, filling and great for leftovers.  Meaning, you can quickly make this dish on a stovetop without the need for having the oven on for hours and hours.  Cheap and easy, that's the style we love!
Come On Men, It’s Time For Your MOT! Between the 13th and the 19th of June 2022, those behind Men’s Health Week are challenging men to be at the top of their game, physically and mentally. Using the hashtag #manmot, the Men’s Health Forum, a charity based in the UK, is trying to encourage more men to prioritise their health and to make time for their own MOT.
Vegan Masala Protein Pasta There’s a lot of things we love about this Indian-style masala pasta. It’s an easy recipe so that you can add lots of different veggies you might already have in the fridge. It’s filling and satisfying; a great combination!
Top 10 Vegan Macaroni Recipes Here's our top 10 vegan macaroni recipes that'll keep your taste buds guessing and your friends coming back for more.

Want more great news & offers from Wellside? Sign up to our newsletter

Signup to our newsletter

If you’d like to receive email updates on products, offers and competitions please sign up with your email below.

PS Don’t worry, we won’t give your email address to anyone else and we’ll only send interesting stuff and great offers!